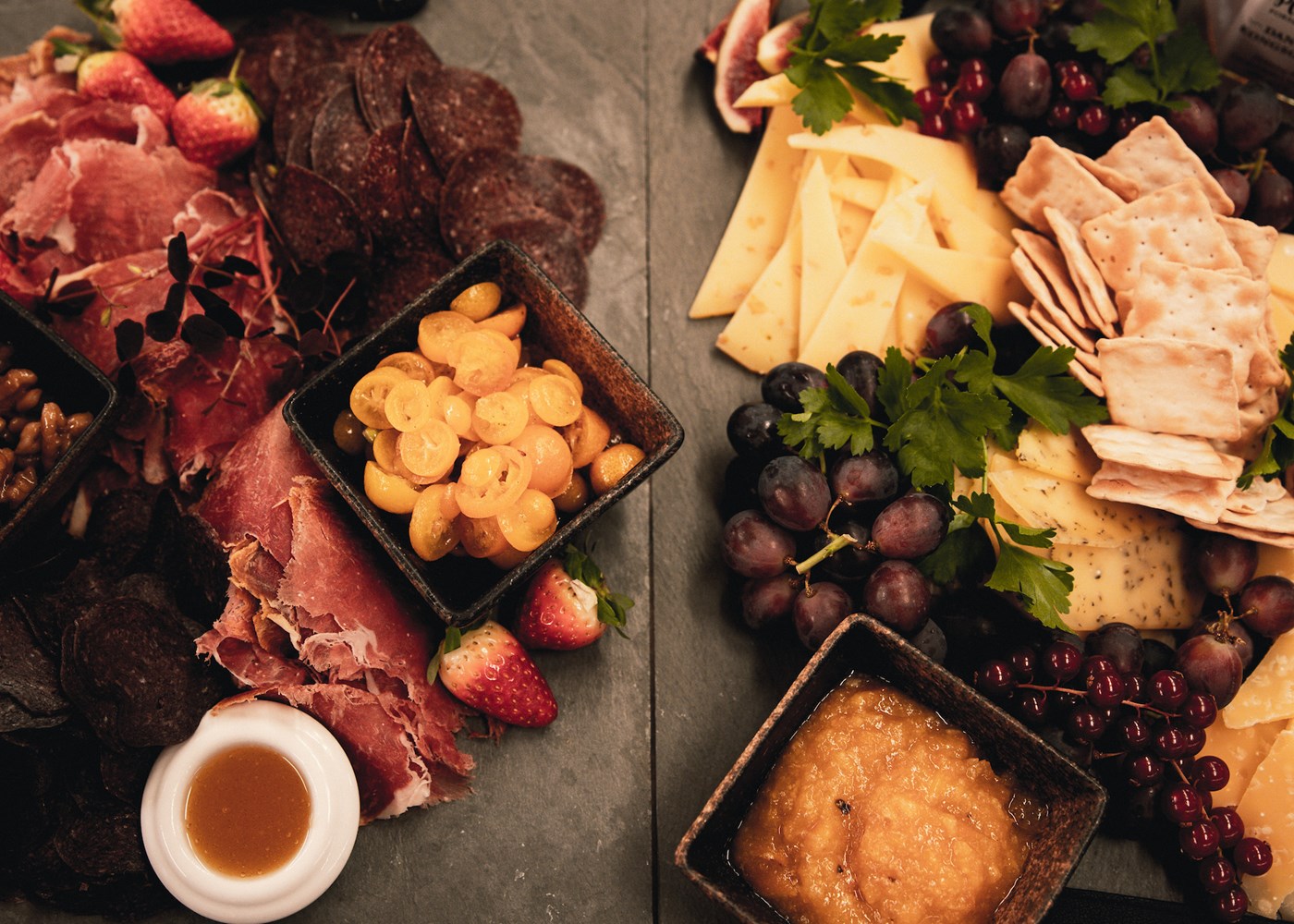 A perfect place to find peace and recharge

Danebu Kongsgaard is a mountain hotel situated in the middle of Valdres's beautiful mountain landscape with a warm and welcoming atmosphere. A place where you can enjoy beautiful scenery and delicious dining experiences from local produce. Nature shapes a beautiful setting around your stay with wonderful soft hiking opportunities right outside the door. Danebu is a place where you can relax and recharge. A private atmosphere where you want to invite friends, family or colleagues to a celebration, conversation, work or just be together.

Delicious dining experiences from local produce. In the restaurant at Danebu Kongsgaard you can enjoy delicious food based on local ingredients, made by local chefs. Everything that is served is made from scratch and should be on the premises of nature. If the raw materials are not to be found in the immediate area, organic Norwegian producers are always emphasized. At Danebu, their hearts go into delicious dining experiences. All food and beverages both look and taste incredible.

Perfect for those seeking an active vacation.

Perfect for those looking for tranquility and peace, combined with stunning nature.

Meet the hosts at Danebu Kongsgaard

Danebu Kongsgaard was originally a gift from the people of Norway to the people of Denmark, as a thank you for helping out after World War 2. The initiator, P. Car. Andersen, suggested the idea of a fundraising right after the war, and the Norwegian Ski Association carried out the idea and started a national fundraising. It was a tremendous success with thousands of small and large contributions, and as early as August 1945 The Norwegian skiers association was able to present The Danish Sports Association with the gift certificate for The Danish Cottage. It was architect H. Astrup together with Colonel Bloch-Hansen, who found the stunning site at the top of Aurdalsåsen in Valdres. After an architectural competition, won by Esben Poulsson, Danebu was built in the years 1947-50.

The hosts at Danebu Kongsgaard are Norwegian Malene Tuv Sandvik and German Pascal Gross. After living several years in England and in Germany, they moved to Danebu Kongsgaard in January 2020 to take part in the development of the mountain pearl. With the help of a great team of co-workers and a passion for tourism, hospitality and service development, their vision is to make Danebu Kongsgaard feel like your second home. A place where you can relax, find peace and recharge.

Situated at 1000 m.a.s.l., with a stunning view over the valley of Valdres, Jotunheimen and the Hemsedal mountains, you can enjoy a variety of soft adventures from the hotel’s doorstep.

Each room, the lounge and the library have free WiFi. Stay connected and share your adventures.

You can enjoy delicious food based on local ingredients, made by local chefs. Everything that is served is made from scratch and should be on the premises of nature.

Located in the beautiful mountain landscape of Valdres, you can enjoy a beautiful scenery and excellent soft adventure right at the doorstep.

Danebu Kongsgaard is located in the middle of beautiful Valdres, about 180 km from Oslo and about 20 km from Fagernes. From Oslo you follow E16 road towards Fagernes. At the intersection on E16 by Aurdal church, drive left (from the north) or right (from the south) and follow the signs to Valdres Alpinsenter and then to Danebu. Along the last part, you will need 20 NOK in cash (or 30 NOK if you pay by credit card) to access the road up to the mountain.

Multiple bus departures with the Valdresekspressen bus line from Oslo Bus Terminal and OSL Airport to Fagernes available daily (3 hours). From Bergen/Flåm it is one bus departure daily, with the Øst-Vest Ekspressen bus line. Check timetables and book tickets on: www.nor-way.no. Danebu offers affordable local transfers from the bus station by Aurdal church.