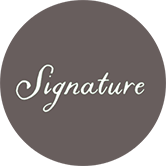 Hike your way through the magical Jotunheimen National Park along this historical route, and learn about some of the pioneers in Norwegian mountaineering history. Enjoy the flexibility of a boat-ride if your feet get sore, or stay a few extra days at the different cabins to explore more of what this mountain area has to offer. Hike from cabin to cabin while we transport the luggage for you, so the only thing you need to worry about is finding the best lunch spot. From breathtaking views to remote locations, this tour offers some of the best hiking in Norway, with all of the time-consuming logistics taken care of – allowing you to make the most of you Norwegian mountain adventure.

Perfect for those seeking an active vacation.

This is the perfect journey for a group of friends.

Highlights
Extend your stay There are plenty of opportunities for both easy and challenging daytours from the different cabins. Perfect if you wish to stay an extra day or two to explore the area.
Cosy accommodation You'll be staying in traditional Norwegian tourist cabins, including some of Norway’s most renowned DNT (The Norwegian Trekking Association) cabins.
Flexibility Enjoy the flexibility and make use of the historical ferries if your feet get sore, or stay another couple of days at one of the cabins to explore what the area has to offer.
Five day trek through Norway's cradle of mountaineering

Along this Historical Hiking Route, you'll travel from Gjendesheim to Fondsbu, via the famous tourist cabins: Memurubu, Gjendebu and Torfinnsbu. Every stage allows you to follow in the footsteps of some of the most historic pioneers and artists in the Norwegian mountain history.

It was in these mountain areas that the Norwegian Trekking Association (DNT) was formed 150 years ago, with the two lakes Gjende and Bygdin as important gateways into the remote parts of Jotunheimen. After DNT’s first cabin was built at Tyin in 1870, it didn’t take long before new cabins opened along the shores of these lakes, reachable by several boat routes and different trekking paths. Since then, millions of hikers have enjoyed the trails and peaks in this area for receration and adventures – varying from the infamous Besseggen, to remote fairylands as the Svartdalen valley.

On the occasion of DNT’s 150 year anniversary, this hiking route reopens as one of Norway’s great historical hikes – seasoned with the stories about the true pioneers of Norwegian mountaineering, and the dramatic landscapes that inspired famous writers and composers like Henrik Ibsen and Edvard Grieg.

The first stage of the Historical Hiking Route in Jotunheimen takes you from Gjendesheim to Memurubu over Besseggen Ridge. This route is not only one of the world’s most famous hikes, but it is located in the heart of Jotunheimen National Park and rooted in the history of Norwegian mountain life and outdoor culture.

From the historical cabin at Gjendesheim, the hike takes you up along the impressive Besseggen Ridge, presenting iconic views over Gjende and Bessvatnet lakes before descending to Memurubu tourist cabin located on the north side of the Gjende lake.

The incredible vistas, impressive peaks, and surrounding landscape have inspired some of Norway’s most influential artists, musicians…

The second stage of the Historical Hiking Route in Jotunheimen takes you from Memurubu Lodge up and over the Memurutunga plateau before descending to Gjendebu. You will experience a steady climb up to the plateau and will hike among a variety of beautiful trout-filled lakes - a great place to catch your lunch. The hike down to Gjendebu from Bukkelægret is a steep descent.

Memurubu Lodge has also been written into outdoor literary history thanks to a well-known book, "Three in Norway by two of them", written by a group of English outdoor enthusiasts documenting their excursion during a summer spent in Jotunheimen in 1882. This travelogue was not your average adventure description and its purpo…

While the first two stages of the Historical Hiking Route have made an impact in Norwegian literary history, Gjendebu has made its name within the musical history of Norway. Gjendine Slålien was born in 1871 at Gjendebu and christened in the waters of Gjende lake. During the summers in the late 1800's, she spellbound the world-renowned Norwegian composer, Edvard Grieg, with her beautiful folk songs. Grieg was inspired by Gjendine and used many of her folk songs in his music which would reach worldwide acclaim.

The final stage of the Historical Hiking Route in Jotunheimen takes you west from Torfinnsbu, along Bygdin lake, climbing to as high as 1600 meters above sea level, and back down to the final destination at Eidsbugarden, the most visited mountain area north of the Alps.

The famous Norwegian poet and mountaineer, Aasmund Olavsson Vinje, made his mark here by building the cabin at Eidsbugarden in 1868. Since then, Eidsbugarden and its neighboring lodge in Fondsbu, has attracted royals, celebrities, and outdoor enthusiasts from all around the world.

In addition to building one of the most famous mountain retreats in Norway, Aasmund Olavsson Vinje also was a co-founder of The Norwegian Trekking …

Want to hike the Historical Route? Book your next mountain holiday with one of these tour operators. 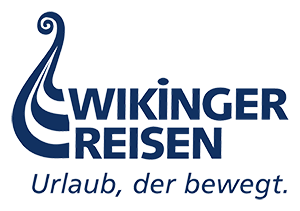 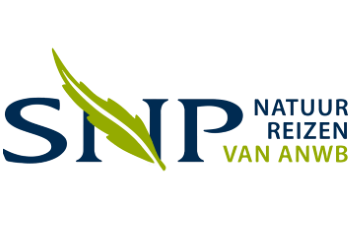