Jotunheimen Travel (part of the JVB group) is an incoming agency and public transport provider with many years of experience in the transport business. This family-owned company manages buses, boats and snowcoaches to get you safely to, from and around in the mountains.

JVB's history dates back to 1909, when several companies were founded to provide transportation to the many hotels and lodges in the Jotunheimen region. As the years went by these companies united their efforts, and eventually merged into the company we know as JVB today – a large family-owned transportation company which operates some 80 buses and have 125 employees. JVB is situated in Fagernes in the eastern part of Norway, where they have their own fully equipped workshop. In addition to their public and chartered bus services, they also operate the historical MB Bitihorn boat route on lake Bygdin, as well as a fleet of 14 Bombardier snowcoaches between Tyin and Eidsbugarden in the winter season.

What we do
Transportation Jotunheimen Travel and JVB offers transportation to, from and within the mountain region; by public or chartered bus, passenger boat and bombardier snowcoaches. 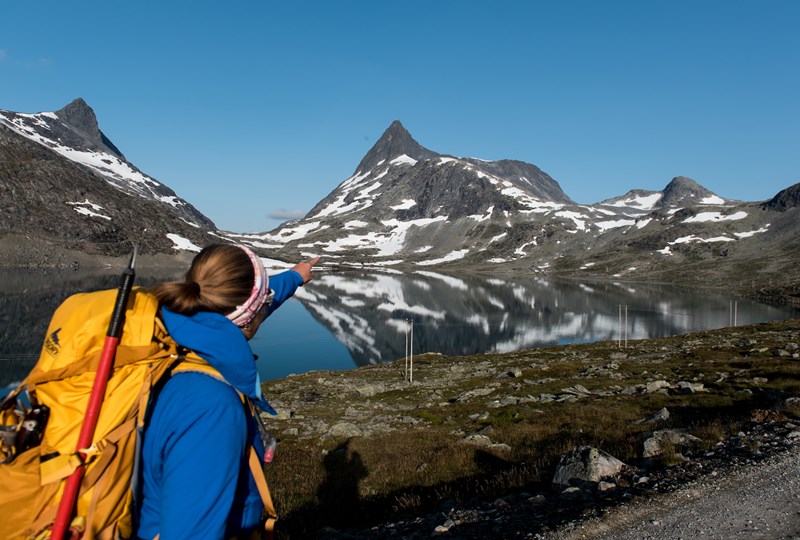 Incoming services Looking for someone to help you package new tours and adventures? Jotunheimen Travel can help you tailor-make and package the adventure in the Norwegian mountains.

Jotunheimen Travel offers a wide range of adventures in one of Norway's finest mountain areas, in cooperation with other Mountains of Norway suppliers. All activities are linked by public transport from Oslo and Oslo airport.

Transportation and adventures in the Mountains of Norway

JVB offers multiple public bus routes, as well as chartered bus services. Sit back and relax, and let their buses take you to the mountains.

Enjoy a scenic journey on the historical passenger boat M/B Bitihorn, which has been in operation since 1912, over the Bygdin lake in Jotunheimen.

JVB is operating a snowcoach route from Tyin to Eidsbugarden with a fleet of historic Bombardier Snowmobiles. This is living history, transportation and a tourist attraction combined!

Easy transportation to/from the airport with direct routes all the way from Oslo Airport to the Valdres and Jotunheimen region.